Deists have varying thoughts on prayer. Some believe that Deity does not interfere in human affairs and thus prayer is a waste of time. Others like myself believe that prayer connects to the Higher Self which can be view as the God/dess within.

I remember hearing a sermon that mentioned 4 types of prayer. I'm guessing this refers to Christian prayer but I'll go over each type and why it may or may not fit into my practice.


Posted by Buddhagan at 6:17 AM No comments:

UU Adult RE: Spirit in Practice #3

My views on prayer have changed drastically from when I was a kid. First I needed to define who or what I was praying to and for what. It's more meaningful to visualize a loving Creatrix not a patriarchal dictator. Deity resides within and without. Prayer accesses and connects the two forms. Prayer as a conversation between you and Deity should remain that way although interfaith group prayers embrace community.

I suppose prayer can be a form of meditation. When I chanted daily, I was able to concentrate better, to sit still without fidgeting. One needs to still the monkey / kitten mind. In the stillness comes realizations and solutions to problems.

Where would you like to go with a personal spiritual practice?
I would like to get into a daily routine of some kind of spiritual practice. Right now, it's hit or miss but it's better than nothing. So far, I'm enjoying my trip through the tarot. Maybe I'll delve into yoga.
Posted by Buddhagan at 2:40 AM No comments:

Lunar month - Rehk Wer 5Solar month - Aqu 5Metonic - Year 1, Lunation 2Tzolk'in - 1 KanDreamspell - Blue Solar MonkeyLunar phase --Tarot - 0 Fool - Uranus. Change, new beginnings, carefree. Leave the past behind.
I-Ching - 4 Inexperience (Water below Mountain): You don't have all the facts at your fingertips or your are lacking in experience to deal with this situation. Seek advice and further knowledge before proceeding but don't lose your enthusiasm.
Posted by Buddhagan at 10:39 AM No comments:

Email ThisBlogThis!Share to TwitterShare to FacebookShare to Pinterest
Labels: 78 Days of Tarot

UU Adult RE: Spirit in Practice #2

Write about the prospect or the experience of discussing spirituality with someone else. If spirituality isn't a meaningful term for you, write about discussing your participation in a congregation or revealing something else about yourself related to your search for meaning.

I have no problem discussing spirituality with others. It's a way to get to know others and opens the way to acceptance, not just tolerance. People should connect by finding common points instead of distancing by focusing on differences. Problems occur when the objective is to convert. No one likes being told they are wrong. If at the end of the discussion parties "agree to disagree," fine. But hopefully everyone will come out of it with a better understanding of the others.

I know, I know, I need to exercise more. I've been walking around my building on my 15 min break at work. When it gets warmer, I'll walk outside. Maybe I'll get a human walking partner by then. Weight Watchers program helps a bit with how to eat. Denying oneself food is a recipe for disaster, unless you are allergic to said foodstuffs. All things in moderation including eating. Therefore, no more carb-less meals for me. Ever.

Other things that may fall under body practices:

Posted by Buddhagan at 9:59 AM No comments:

Email ThisBlogThis!Share to TwitterShare to FacebookShare to Pinterest
Labels: RE, Unitarian Universalist, UU

Lunar month - Shef Bedet 19Solar month - Cap 19Metonic - Year 1, Lunation 1Tzolk'in - 11 LamatDreamspell - Blue Rhythmic EagleLunar phase --Tarot --I-Ching - 29 The Deep (Water below Water): You must take care; there is much danger about. Watch your step as you teeter on the edge of a deep pit. You must remove yourself from this situation but proceed with extreme caution.
Posted by Buddhagan at 1:59 PM No comments:

Lunar month - Shef Bedet 18Solar month - Cap 18Metonic - Year 1, Lunation 1Tzolk'in - 10 Manik Dreamspell - White Overtone WizardLunar phase --Tarot --I-Ching - 3 Initial Difficulty (Thunder below Water): You must plan ahead. If you embark without seeing the difficulties you will fail. Look ahead and progress can be made. Birth is always painful but essential - enjoy the power.
Posted by Buddhagan at 2:04 PM No comments:

UU Adult RE: Spirit in Practice #1 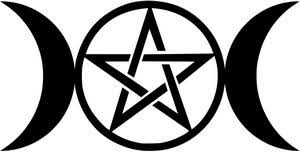 Reflect on your lifelong spiritual journey.

Well, that's what this blog kinda sorta started out as. I needed somewhere to put my thoughts down about finally breaking free of being Jehovah's Witness. Many things that I've said before will probably be repeated here but this is an assignment so...whatever.

What did you learn about practicing spirituality as a child?
Not a damn thing! JW is not a study in spirituality. To me, spirituality is a private thing; one has to find the beginnings of it from within. As a JW, you are told what to believe and if you disagree, you get kick out if you don't conform or get badgered (read: brainwashed) until you do agree.

JW is a Christian sect. Lots of doctrines to remember and points of the Bible to argue with other Christian sects. I suppose I should be grateful that I know something about America's majority belief system. I missed out on everything that normal childhoods consist of since I was a "born-in": birthdays, ALL holidays, extracurricular activities, picking my own friends --JW only, everyone else is "worldly", Saturday morning cartoons, going to college, dating. We were told that only JW is "The Truth" and everyone else will get destroyed at Armageddon. Sounds elitist, right?


I was baptized at 17, a year after I had my daughter. I felt forced because I was made to feel like a failure for having a child out of wedlock. People in the congregation would not even look at me when I was pregnant and would console my mother as if someone just died. I felt no different when I came up out of the water. No connection to Jehovah, no ray of sun from the ceiling, just an awful feeling that I just made a huge mistake. At age 21, I was shunned for being pregnant out of wedlock.

How have your spiritual needs changed?
Where do I begin? After trying through the years trying to go back to JW, my mother who doesn't speak to me was the one who made me see that that religion was no longer for me. She said to me in an email, "I love you but I love Jehovah more." I cannot imaging telling either of my children something like that. From that point on, I started doing research for a spiritual home. I was non-denominational Christian but I didn't understand why a Savior or Mediator was needed to get to God. A co-worker introduced me to Nichiren Buddhism and from there I found my way to Paganism. 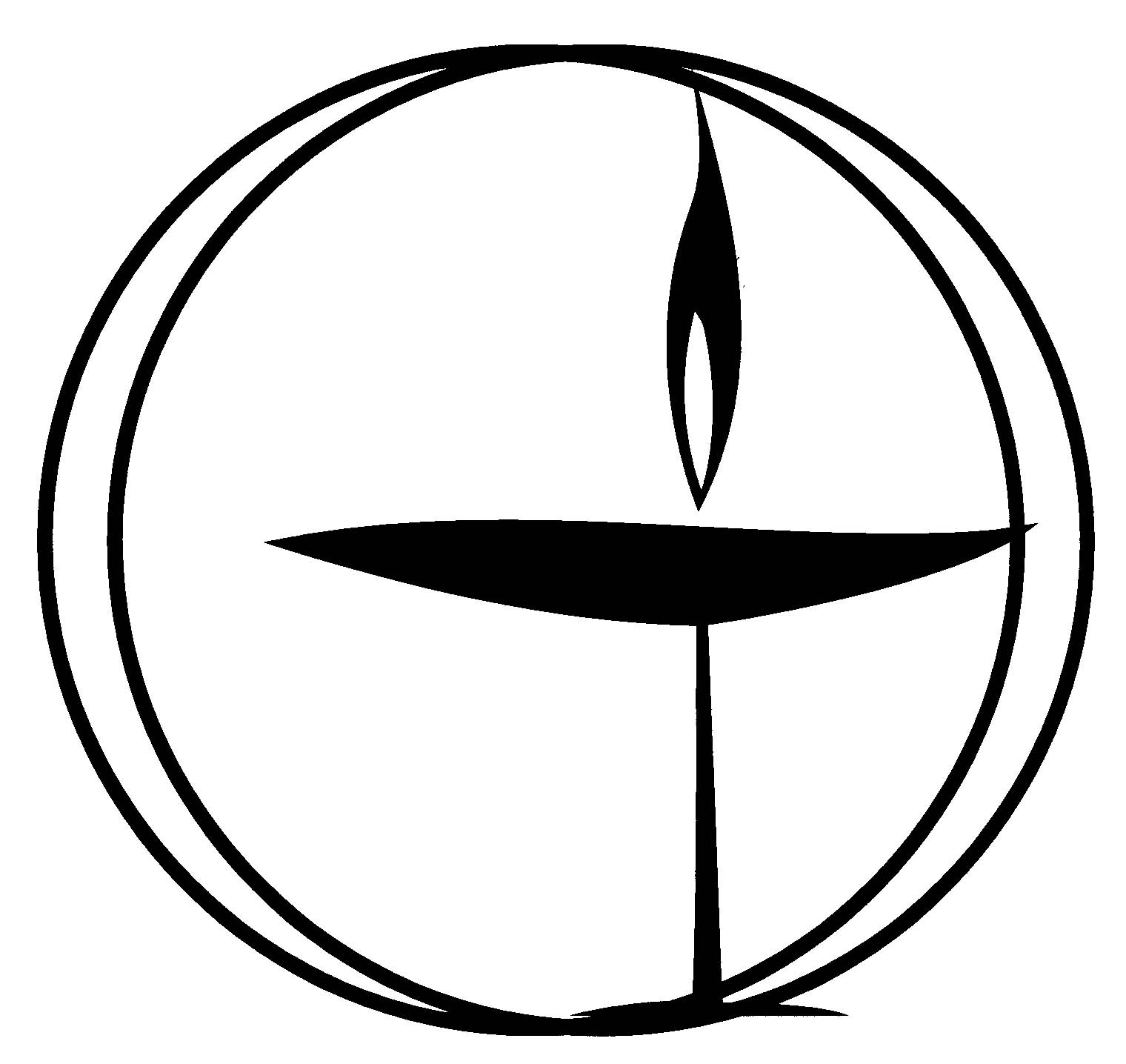 I wanted to find somewhere to practice and to meet people. The Buddhist sangha was too far and honestly turned out to be somewhat similar to my old religion. Wiccan covens required an invitation from a current member. I can't remember what led me to Unitarian Universalist, maybe a Beliefnet quiz? A Google search turned up a congregation close to me and the rest as they say is history.

My spirituality needs to be on my own terms. I'm an agnostic deist - I cannot say for sure there is a God but I choose to believe there is one. My belief is based in science and logic, not a holy book. I'm an eclectic Pagan, a solitary witch.

What practices have you engaged in at different points in your life? What practices might speak to your ideas and needs as they are today?
As a child, I went door-to-door trying to convince people that they are wrong and we are right. Meetings were 3x a week. Family study night was another night. And we were suppose to study on our own for all of the meetings. A minimum of 10 hrs door-to-door was strongly suggested.

Now, I follow the natural cycles of the sun and moon (and realize the Gregorian calendar lacks any connection to nature). Chanting was a part of my practice; I could return to that. Other items of spiritual interest are sidereal astrology, tarot, I-Ching, the Divine Feminine / Triple Goddess, and the Egyptian pantheon.

My goal this year is to get through the tarot (by solar month) and I-Ching (by lunar month). Ugh, I'm already behind. Thank Goddess for backdating!
Posted by Buddhagan at 12:23 PM 2 comments:

Lunar month - Shef Bedet 17Solar month - Cap 17Metonic - Year 1, Lunation 1Tzolk'in - 9 CimiDreamspell - Red Self-Existing SkywalkerLunar phase --Tarot --I-Ching - 8 Union (Earth below Water): In perfect harmony and accord you can proceed but you do need your partner's agreement. Together you can accomplish much. Going it alone will be a disaster but you know that already.
Posted by Buddhagan at 2:10 PM No comments:

So you want a pet?


Posted by Buddhagan at 2:08 AM No comments:

The wild card game with the Ravens @ Steelers is tonight. We won the Super Bowl in 2000 from a wild card spot and we can do it again. CAW!!!
Posted by Buddhagan at 10:12 AM No comments:

Lunar month - Shef Bedet 13Solar month - Cap 13Metonic - Year 1, Lunation 1Tzolk'in - 5 Ik'Dreamspell - Red Cosmic MoonLunar phase --Tarot --I-Ching - 62 Detail (Mountain below Thunder): Only by paying attention to detail can you achieve success. Have you checked everything? If not, check now. You may have overlooked the obvious. Proceed in small steps.

I went to my first Weight Watchers meeting of the year. Up 4 lbs. Can't seem to break past the the barrier to get to my 10% goal. But honestly I have been eating more. 1 step forward, 5 steps back. The details would be to really stick to the point allotment and find time to actually plan my meals.
Posted by Buddhagan at 10:19 AM No comments:

Gregorian New Year's Day
Lunar phase -- waxing gibbous in sidereal Taurus. During the Farmer's Moon, we learn about being part of a balanced system that includes Nature and yet makes room for our own efforts. We learn about taking full responsibility for what we own, and all the work that taking care of it entails.
Tarot --I-Ching - 54 Relationships (Lake below Thunder): Sometimes we need a partner to achieve our dreams. Seek out your soul-mate and join forces - together you can conquer the world. You need to be a part of a team.

Posted by Buddhagan at 10:53 AM No comments: