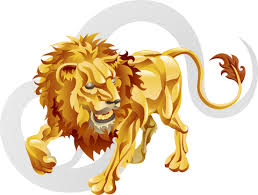 Length: 31 days (Jul 22 - Aug 21)
Nominal: Leonian
Symbol: Lion
Element: Fire
Quality: Fixed
Rulers (Dignities): Sun
Detriments: Uranus & Saturn
Tropical or solar zodiac is basically the same every year and is aligned to the seasons. Sidereal zodiac shifts and is how the stars appear in the sky at a given moment. Your true sign is the sidereal one and may or may not match the tropical zodiac.
Posted by Buddhagan at 7:00 AM No comments:

It's been over a year since I've had any chemicals in my hair. In the Black community this is known as going natural. Why is this such a big thing for me? My first relaxer was at 9 yrs old. That's 30 years of my hair being treated with lye, the same chemical in drain cleaner. Part of being Pagan is being able to accept yourself, your true self. I never realized how "unacceptable" natural Black hair is until started learning how to better take care of my hair. For some reason the European standard of beauty is the norm and all races are supposed to conform to that standard.

Now, I'm not saying I'm against hair color, piercings, tattoos, etc. even though these things aren't natural. The thing with relaxed hair is that it cannot be undone. The process actually damages the hair strand. Remember, we are to harm none including ourselves.
Posted by Buddhagan at 7:00 AM 1 comment:

I was raised to not be patriotic. I'm still not but I think it's important that I now acknowledge the 4th of July or Independence Day. On this day 237 years ago, the document known as the Declaration of Independence was signed. However, 2 days earlier, the 2nd Continental Congress voted to legally separate from Britain.

This year, I celebrated by going to an ExJW picnic in PA. The one of the hosts has this event every year in celebration of his independence from the JWs.

As far as celebrating it patriotically, well, read this excerpt from the DoI:

We hold these truths to be self-evident, that [everyone is] created equal, that they are endowed by their Creator with certain unalienable Rights, that among these are Life, Liberty and the pursuit of Happiness.--That to secure these rights, Governments are instituted among Men, deriving their just powers from the consent of the governed, --That whenever any Form of Government becomes destructive of these ends, it is the Right of the People to alter or to abolish it, and to institute new Government, laying its foundation on such principles and organizing its powers in such form, as to them shall seem most likely to effect their Safety and Happiness.

I'm glad that individual states are approving marriage equality (that's the pursuit of Happiness part of the DoI) but it needs to be approved nationwide. 15 countries have legalized same-sex marriages. Racism and sexism are still problems. DWB (driving while Black) and the glass ceiling are very real.

So while you're enjoying an extended weekend, the neighborhood barbeques, and the awesome fireworks, take some time out to actually read the DoI and reflect on if our wondrous country is still living up to the basic principles stated therein. USA Patriot Act and Homeland Security, anyone?
Posted by Buddhagan at 7:00 AM No comments: