Not fond of this deck either. I vow to get a preview of decks at Aecletic Tarot before purchasing any from now on. This deck is based on Qabala. I'm not familiar with that so that should have been my first hint that this deck and I would not get along. The LWB (little white book) does not describe the Qabala ties to Tarot but instead refer you to The Goddess and the Tree and The Witches Tarot, Books I & II of the Witches Qabala respectively.

I'm annoyed at the way the deck comes in the box. Instead of being separated by suits, the cards are sorted by numbers (all aces, twos, threes, etc.). The pictures show a mix of medieval and modern people but none of color. Court cards deviate from the standard meaning. From the LWB, "They are used to modify the next card dealt. If you deal a court card, the next card should go on top of that court card and they should be read together." The court cards are all clones of each other; for example, all of the kings are in the same position, just different hair color and clothing depending on the suit. Swords mean fire and wands mean air, opposite from what I'm used to.

Suits: Wands, Swords, Cups, Pentacles
Courts: King, Queen, Prince, Princess
Reversible: The back is a picture of a pentacle so not reversible. However the LWB includes reversed meanings.
Card on deck packaging: The Seeker (The Hermit)

The deck that I have has black borders and is available.
Posted by Buddhagan at 7:10 PM No comments:

Email ThisBlogThis!Share to TwitterShare to FacebookShare to Pinterest
Labels: tarot

Pagans aren't really prudes when it comes to sex. Ostara, Beltane, and Litha celebrate fertility. The full moon phase is equivalent to the child-bearing years of a woman. There are no commandments forbidding who to have sex with or when to have sex as long as no one is harmed. Some paths even have sex rituals which can be done alone, with a partner, partners, or in a group.

So what exactly is fornication? The PC term would be premarital sex and smacks of morality imposed by the  Big 3*. I'm not sure if homosexuality would be included. Adultery refers to a married person having sex with someone other than his/her spouse. Different religions may expand this definition. For example, Jehovah's Witnesses forbid anal and oral sex between married couples. To engage in this behavior would constitute committing fornication and they would get in trouble with the elders. How the elders would find out would be beyond me as what a couple does in their bedroom should be their own business.

Where did fuck come from? I could find no reliable source info. Once of my favorite stories is the one about how some king gave his nobles permission to have sex any woman they wanted to. This was known as fornicate under consent of the king.

Well, I tell you, I need no one's permission to fuck or fornicate except my spouse. The Rede applies to all areas of life including sex. So that means no rape, pedophilia, bestiality, or infidelity. Polyamory, swinging, prostitution, and homosexuality are acceptable. Of course, no one is forced to participate in any activity that s/he feels uncomfortable doing. Sex is enjoyable. Responsible adults practice this activity safely. Women should not feel guilty if pregnant before marriage. Couples live together all time as spouses.

You don't have to be Pagan to be free of the sexual restrictions of the bible but it helps. :)

Very disappointed with this deck. I was hoping for something more whimsical or fantasy-like. Instead, the unicorns are just thrown into the Rider-Waite scenes like an afterthought. The unicorns should have been main part of the card. Artwork is average; the unicorns in some scenes aren't to scale so it's hard to take this deck seriously. I've never done a reading with this deck because I was so turned off.

I would only recommend this deck for a collector or someone who positively loves unicorns. I have this deck available.
Posted by Buddhagan at 8:36 PM 1 comment:

Email ThisBlogThis!Share to TwitterShare to FacebookShare to Pinterest
Labels: tarot 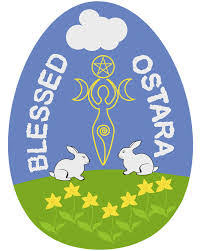 Posted by Buddhagan at 10:00 AM No comments:

Tropical or solar zodiac is basically the same every year and is aligned to the seasons. Sidereal zodiac shifts and is how the stars appear in the sky at a given moment. Your true sign is the sidereal one and may or may not match the tropical zodiac.
Posted by Buddhagan at 6:00 AM No comments: 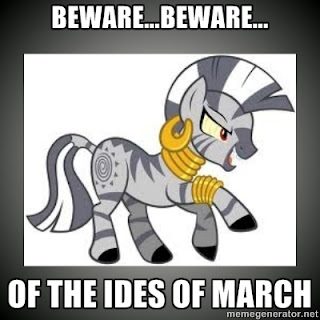 Posted by Buddhagan at 1:30 PM No comments:

I have another sister. Her name is Nissa and she's 4. That makes me the big sister even though Nissa is bigger than me. Mom says her people died and she and her sisters didn't have anywhere to go. Nissa is really sad & quiet; she doesn't want to play with me right now. I'm showing her where she can go potty. We go on walks together but she is kinda slow. Mom says I'm too fast so we can help each other.