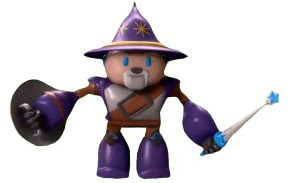 So the JWs will be releasing an animated DVD series aimed at small children. In Lesson 2, Caleb brings home a toy wizard named Sparlock that one of his friends gave him. Caleb's mom proceeds to tell Caleb that magic comes from Satan and to keep the toy would make Jehovah sad. At this point, I urge you to view the video for yourself. The JW org may have removed the clips from youtube but I guarantee that you will find it elsewhere on the 'net.

I watched the video and was sickened. Thank Goddess I was able to break free and my kids can still enjoy their childhoods. 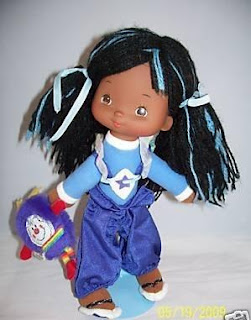 If you did not grow up JW or as a fundie Christian, you may not even care about Sparlock. Many exJWs have embraced Sparlock as our mascot. You see, being raised in a strict religion meant nitpicking every.single.thing to see if the bible disagreed with it. I was not able to watch shows such as Smurfs, TMNT, The Simpsons, & and no R-rated movies. I had an Indigo Brite doll and had to throw away her sprite friend. (Incidentally, my mother continued to drink Sprite.) When I trying to return to JW some years back, I made my son throw away his YuGiOh & Pokemon cards. I plan on buying some more for him.

The problem with nitpicking is where does it end? The days of the week are named after pagan gods. Do fundie Christians have their own weekday names? What I would like to ask Christians is - what's the difference between magic and miracles? I'm thinking of the story where Moses and Aaron turned their rods into snakes and the magic-practicing priests of Egypt did the same thing. Didn't one of the prophets go visit the witch of Endor? But I thought witchcraft was bad and from Satan.

There are lots of products with pagan names. I can't find it now but there's a list by a Christian group of all pagan-named products. If you find it, please post in the comments. Now if you excuse me, I'm gonna put on my Nikes and listen to Pandora.

Posted by Buddhagan at 6:02 PM